For thirty-four years Jeffrey T. Schwartz has been litigating and taking to trial a wide range of criminal and civil matters in both the federal and state courts. After serving six years as an Assistant District Attorney investigating and prosecuting Homicide, Police Misconduct, Assault, Narcotics, Fraud and other major crimes, he opened his private practice in the City Hall and Wall Street districts of lower Manhattan.

Mr. Schwartz is an accomplished and distinguished trial lawyer.He lectures on topics related to Trial Advocacy, Forensic Evidence and Criminal Law while volunteering his time on the faculty of the Benjamin N. Cardozo School of Law’s Intensive Trial Advocacy Program, in New York City. He has been recognized in The New York Times Magazine’s Top Attorneys in Metro New York for 2016, and The National Trial Lawyer Magazine’s List of Top 100 Trial Lawyers for 2015.

​A juror on one of Mr. Schwartz’s high profile murder cases was quoted in the New York Times as saying “we all said if we ever got in any trouble, we would go get Jeffrey Schwartz to represent us, because he’s a fighter”. After another high profile trial a courtroom observer was quoted in the press as saying, “He must be some kind of Houdini. If I ever go up for murder I want him by my side.” ​Another juror told the Daily News, “If we ever, any of us, I’m talking black or white get in trouble, we’re calling Jeff Schwartz to be our lawyer.” ​​

“JEFF SCHWARTZ IS SIMPLY THE VERY BEST LAWYER IN NEW YORK FOR ANY CRIMINAL MATTER….”

​​A Senior Court Reporter at the Supreme Court with twenty-five years of experience recommended Mr. Schwartz on Linkedin. Writing that he was the court reporter on many high profile cases with some of the best trial lawyers and negotiators, he concluded by saying “Jeff Schwartz was the best of them. His courtroom skills were exemplary. I can still recall his style of cross-examining witnesses, always prepared, never shying away from any situation. He was very respected and liked by other attorneys and judges, and, of course jurors. He is an incredible lawyer who I would recommend to anyone.”

​Mr. Schwartz believes in a humanistic approach to legal representation.His vast depth and breadth of experience enables him to carefully and effectively navigate any legal situation. He provides experienced representation without condescending judgment. Clients are treated courteously and with respect. ​Phone messages and communications are returned quickly.

PRIOR RESULTS DO NOT GUARANTEE SIMILAR OUTCOMES.

Jeffrey Todd Schwartz was awarded a Baccalaureate in Psychology (B.A.) from Yeshiva University’s Yeshiva College and earned his Juris-Doctorate (J.D.) at its Benjamin N. Cardozo School of Law. Admitted to practice law in both New York and New Jersey he has been litigating federal and state court matters in a number of different jurisdictions for thirty-four years. He was admitted to The Supreme Court of the United States in 1992.

For six years Mr. Schwartz served two administrations at the Queen’s County District Attorney’s Office in New York City. He was first assigned to its Homicide & Investigations Bureau and was later a founding member of both the Major Narcotics Trial and Career Criminal Major Crime Bureaus. While in private practice he received certification in the areas of Immigration Consequences to Criminal Conviction and Sex Offender Civil Commitment pursuant to Article Ten of the Mental Hygiene Law, as well as being certified as “Lead Counsel” in Homicide, Felony and Death Penalty matters. Mr. Schwartz was certified to handle appeals to the appellate courts, as well.

For over twenty years Mr. Schwartz has taught on the faculty of the Benjamin N. Cardozo School of Law’s Intensive Trial Advocacy Program and coached its law school team during the semi-final rounds of the prestigious American College of Trial Lawyers National Trial Competition in Dallas, Texas. He lectures and performs demonstrations at Continuing Legal Education and bar association training programs. Topics have included “Representing High Profile Clients Vilified in the Media”, “Ethical Issues That Arise in the Zealous Representation of Criminal Cases”, “Crime Scene Investigation”, “Forensic Lab Certification”, as well as trial advocacy, strategy and technique related subjects. His internet lectures and panel discussions for the National Academy of Continuing Legal Education and Lawline are acclaimed by his colleagues nationwide [Please see “Peer Review” section of website].

Mr. Schwartz has been honored, recognized and awarded certificates of outstanding dedication and service by the Queen’s County District Attorney’s Office, City Council of New York, New York State Association of Criminal Defense Lawyers and the Detective Endowment and Patrolman’s Benevolent Associations of the New York City Police Department. He appears as a legal analyst and consultant in the media and is Lead Trial Counsel in highly publicized criminal and civil prosecutions. He was recognized by The New York Times Magazine as a Top Attorney in the New York Metro Area for 2016, and as a Top 100 Trial Lawyer by The National Trial Lawyer Magazine. He has been profiled in local and national publications including The New York Times.

Mr. Schwartz counts among his accomplishments his participation as a named Plaintiff in the lawsuit filed by The New York County Lawyers Association against the State of New York. This lawsuit resulted in a substantial increase in assigned counsel compensation rates, after a seventeen year freeze, and provided relief to hundreds of his colleagues across New York State who were struggling to provide quality representation to their indigent clients.

Mr. Schwartz is a graduate of the Yeshiva of Flatbush in Brooklyn, New York and studied Bible, Talmud and Judaic Studies in Jerusalem, Israel for one year towards his undergraduate degree. He devotes a minimum of twenty-five percent of his time to pro-bono cases, as well as fund raising for humanitarian, educational and religious institutions. 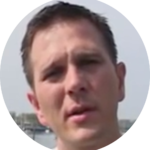 Eliot Spitzer, himself……..Jeff represented me in the most professional way……with all his might……because of him I’m standing here talking instead of being in prison somewhere. 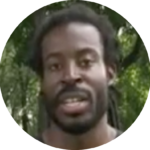 I wasn’t going to be able to purchase my true dream home. The real estate attorney that I was using said they couldn’t get my money back…. Jeff took care of it, within a week I got all my money back…he was just happy that he could help me…that’s the kind of guy he is. 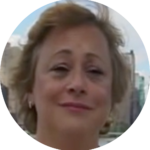 I found out he was a police officer and a pretty brutal person…he was abusing his authority….he terrorized my family…I was facing a prison term after the five false arrests.  I was at the verge of losing my family, my nursing license, my career, and my home. Jeff is a brilliant attorney….he is very good at what he does…..he took tragedy and turned it into triumph..He was able to bring the truth into court and the case was won. 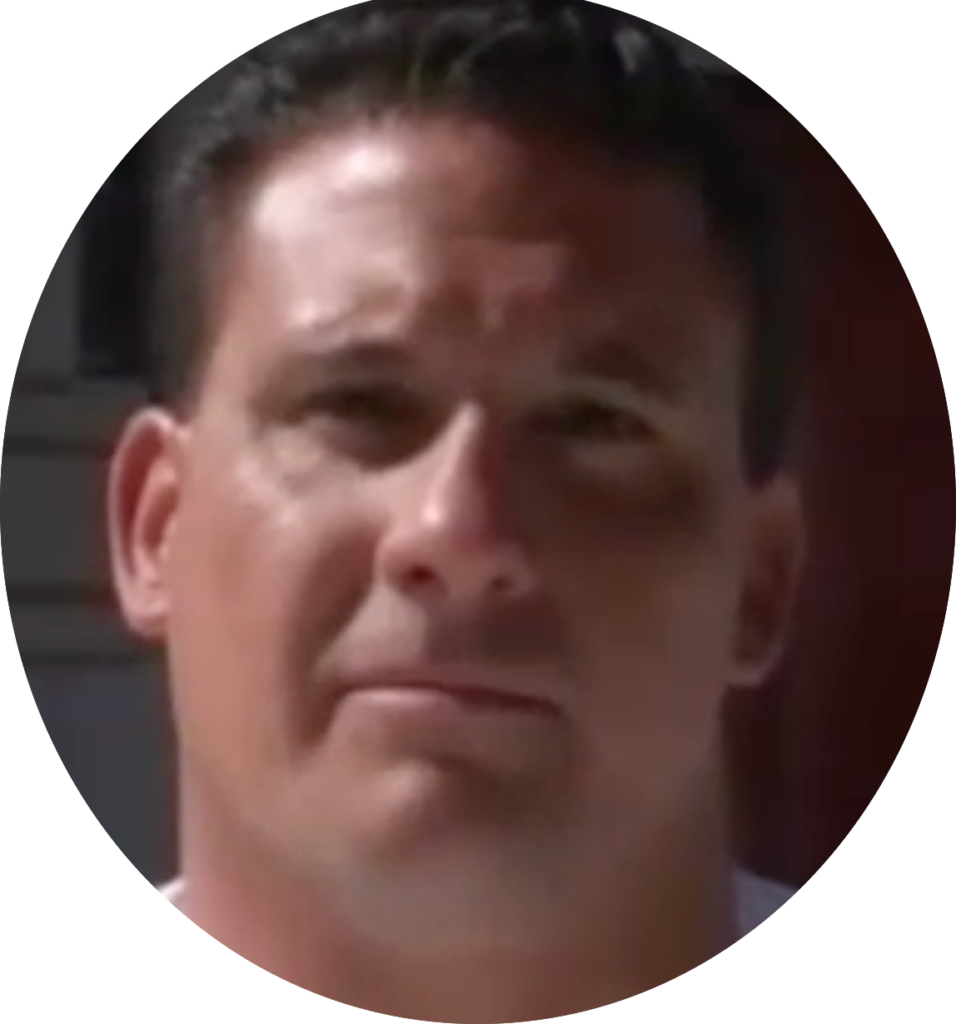 At the end of my trial all the jurors, not just a few, all the jurors asked for his card and said, if ever we needed a lawyer, Mr. Schwartz is by far the one we want to call… If he can do that to twelve strangers who are about to judge you, that’s the kind of person you want. 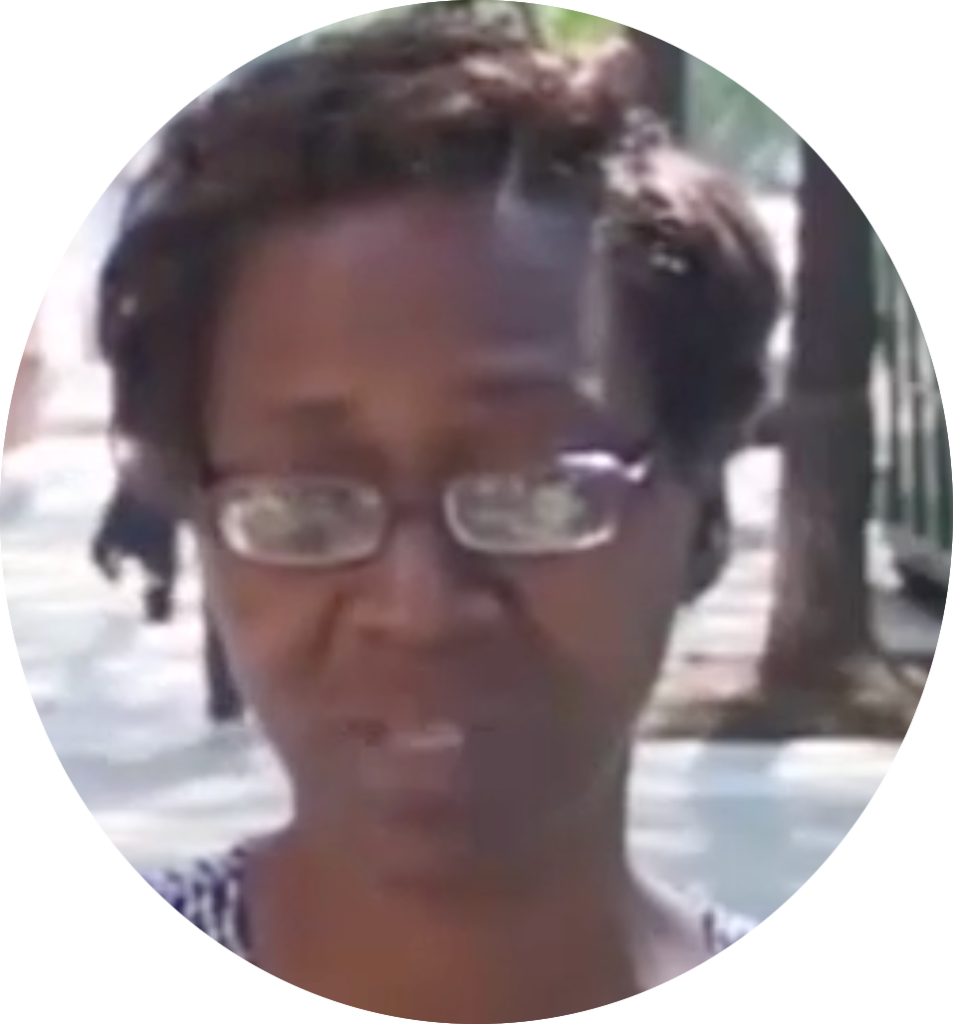 Mr. Schwartz is the best lawyer to have. He won’t judge you no matter what situation you are in. He was there for me when I had an incident with a child. He convinced me that everything was gonna be alright because I didn’t trust no one, cause everyone made me feel like I was nothing. 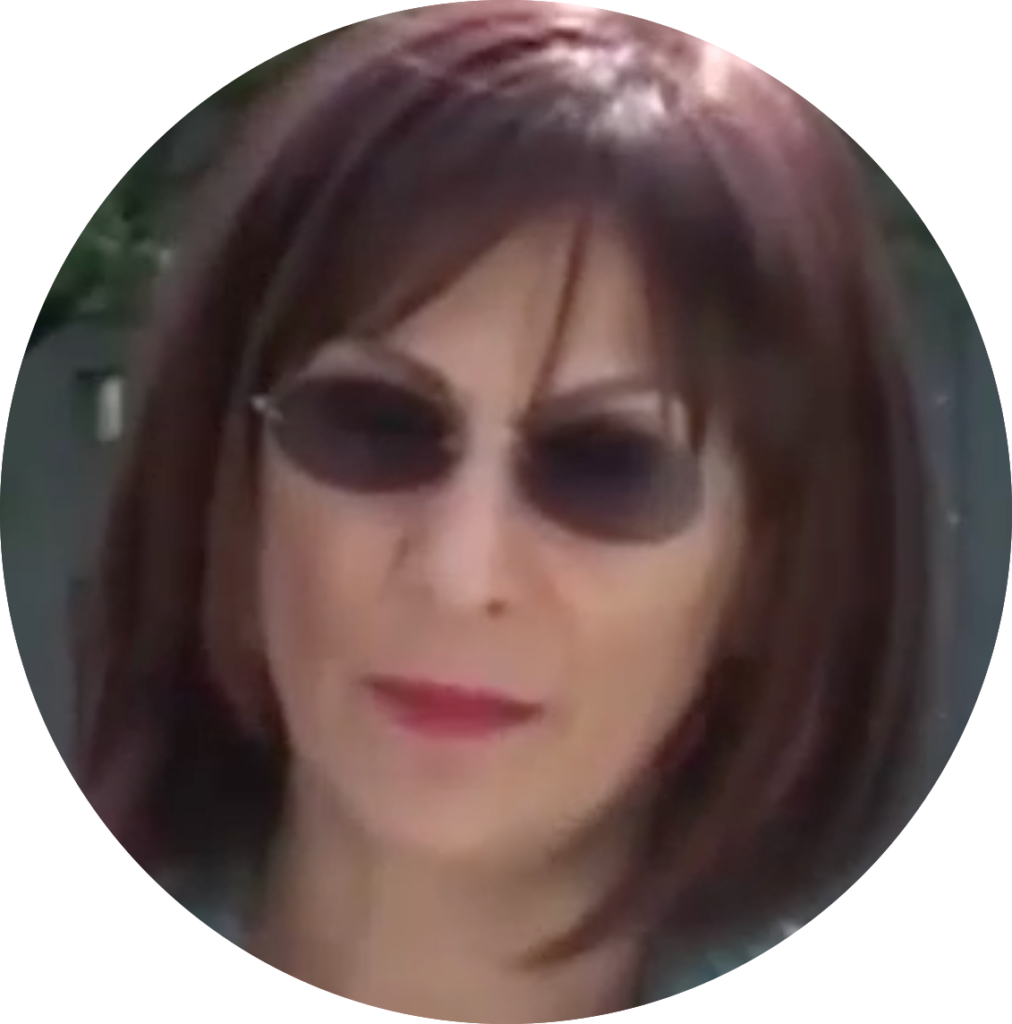 Although there’s jokes and a lot of bad mouthing about lawyers, when a person needs sound legal advice a good lawyer is absolutely essential. Jeff is smart. Very smart. He knows his way around a courtroom. He’s tenacious and doesn’t let details slip by. He’s caring, compassionate, and reassuring. 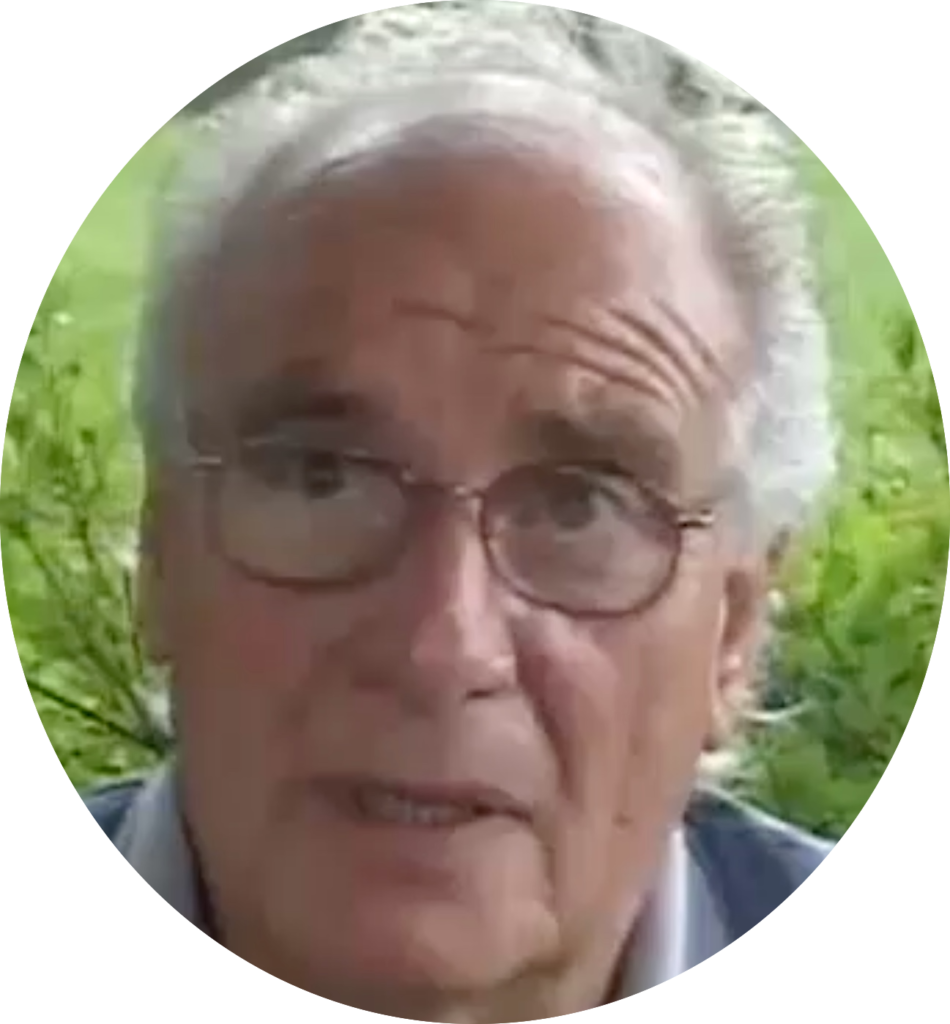 The judges respect him, prosecutors are very concerned when they come up against him, the jurors like him.  he has charisma in the courtroom……. not very often is there a Clarence Darrow, Jeff fits that bill….. 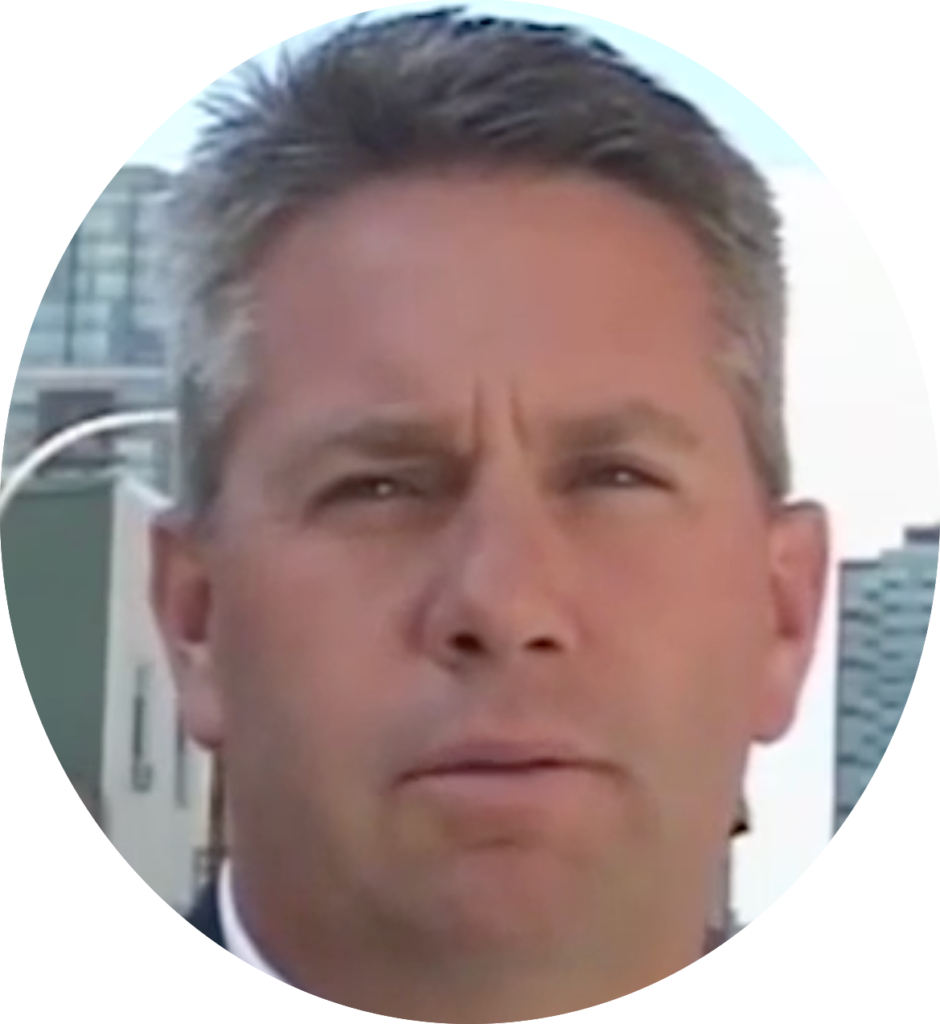 Jeff helped me prove my innocence about twenty years ago…..he’s a phenomenal attorney and all around good guy……even though the case was not going the way we wanted it to go…Jeff took an aggressive approach…. after three years time, completely innocent. 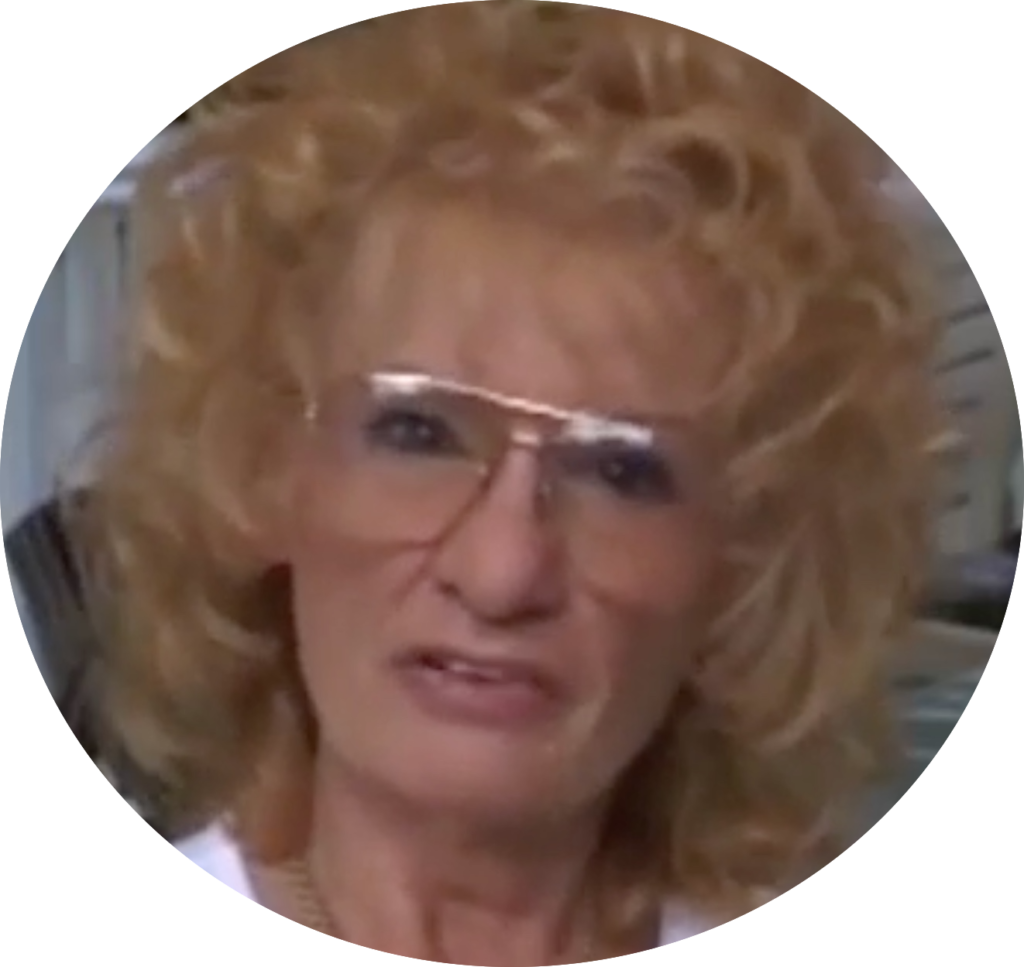 He’s a lawyer that you will never ever see another one like him in your life. 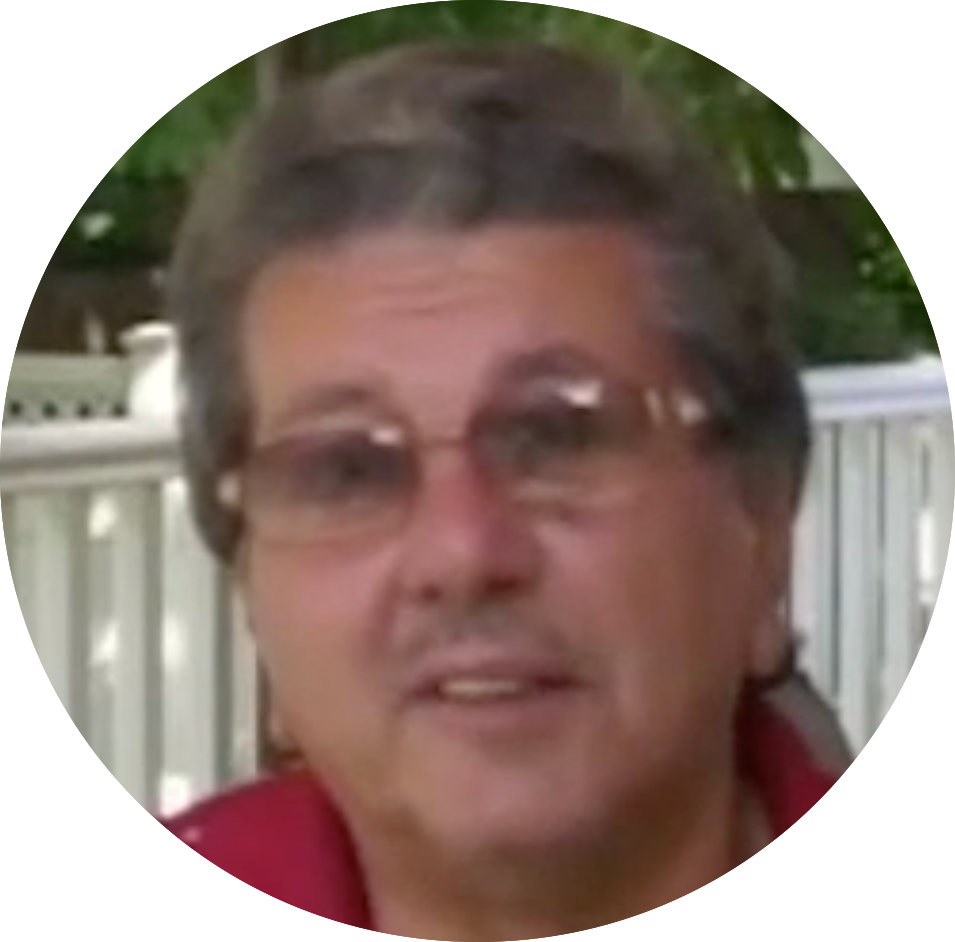 I was involved in a big case in the Union. I had a lawyer, but unfortunately he passed away. I went to see Jeff three weeks before trial and brought three cartons of paperwork. I told him it’s a serious case and seven of the ten defendants had already taken a plea. He has a photogenic mind…..his appearance in court is outstanding….”within 20 minutes of the jury going out I was found innocent of all charges.”